A retired engineering executive based in Ponce Ilet, Florida, Daniel Sheflin most recently served as vice president of technology automation control solutions at Honeywell, where he oversaw more than 5,000 engineers responsible for new product development. Daniel Sheflin enjoys cycling in his free time, and is a fan of the Tour de France.

The 2020 Tour de France was originally scheduled to start on June 27, but was pushed ahead 2 months due to the COVID-19 pandemic. The annual cycling event was first held in 1903, and has been won by riders from all over the world. Below are the three most recent winners:

1. Egan Bernal (2019) – Team Ineos rider Egan Bernal became the first South American competitor to win the Tour de France after registering a combined time of 82 hours and 57 minutes in the 21-stage, 3,366-kilometer race. Geraint Thomas, who won in 2018, was runner-up.

2. Geraint Thomas (2018) – Thomas’ victory in 2018 marked the sixth time in seven years that a rider from the United Kingdom won the Tour de France. The native of Wales’ victory also made it four consecutive Tour de France championships for Team Ineos, formerly known as Sky.

3. Chris Froome (2017) – Many riders have won the Tour de France in three consecutive years, but Chris Froome was the first to do it since Miguel Induráin of Spain won his fifth consecutive race in 1995. Lance Armstrong won the event every year from 1999 to 2005, but those victories were removed from the record book in 2012 as a result of doping violations. 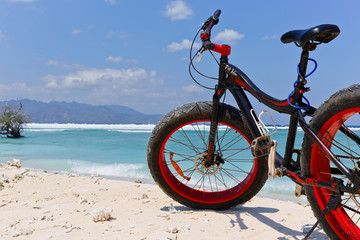 Fat bikes are off-road bicycles designed with wide tires that support cyclists in taking on more diverse and challenging terrain, including snow and beaches. When used on roads, fat bike tires are kept at up to 30 psi, which can be lowered to 5 psi when riding on snow. This lowered pressure allows riders to maintain traction and traverse most obstacles.

There are a number of reasons for cyclists to consider fat biking, beginning with the new kinds of terrain they can explore. Having access to these new environments can help to optimize workouts, as the endurance required to pedal over loose beach sand for miles at a time is considerable. Being able to ride in the snow, meanwhile, helps individuals maintain a year-round fitness schedule.

Fat bikes are off-road bicycles that have considerably wider tires than typical bicycles. As such, fat bikes have much better traction, and, are suitable to ride in both the snow and sand. Here are three of the premier fat bikes on the market in 2020:

1. Giant Yukon 1 – Listed at $2,100, this fat bike is an editor’s choice at Outdoor GearLab. The website gave it a five-star rating, commending its “great all-around performance.”

2. Fatback Rhino FLT – This aluminum-frame bike is available for $2,999, and is great in the snow. It also has a 100-millimeter Manitous Mastodon suspension fork that allows for decent riding on dry trails.

3. Why Cycles Big Iron – A much more expensive bike at $7,489, this titanium-frame fat bike is versatile and fast. Its specifications include a dropper post and wide carbon rims. Why Cycles also offers a lower-tier titanium-frame model for less than $4,000.

The Minnesota Vikings joined the National Football League (NFL) as an expansion team in 1961. Over the course of the franchise’s first few seasons, the Vikings endured the challenges faced by most expansion teams. Between 1961 and 1967 Minnesota compiled a record of 32-59, with an 8-6 finish to the 1968 season representing the Viking’s first winning record. The team won the Central Division that year, which marked a turning point for the franchise.

Moving into a new decade, the Vikings endured a lack of playoff success. By that point, however, Minnesota had outgrown the tag of “expansion team,” with a winning record for the franchise and four trips to the Super Bowl.

The recipient of a bachelor’s degree in mechanical engineering from the University of Buffalo, Daniel Sheflin has nearly 20 years of engineering leadership experience and most recently served as vice president of technology and automation control solutions at Honeywell. Beyond his professional pursuits, Daniel Sheflin enjoys following the National Football League’s (NFL) Buffalo Bills.

The Bills added eight players to its organization in the 2019 NFL Draft. With its first pick, 9th overall, Buffalo selected University of Houston defensive tackle Ed Oliver. The 6-foot-1, 287-pound, three-time All-American registered 192 tackles, 53 of which were for a loss of yards, through three seasons at Houston. He also had 13.5 quarterback sacks, 11 defended passes, and five forced fumbles during that time.

Daniel Sheflin is an experienced mechanical engineering professional who served for nearly 14 years as the vice president of technology automation control solutions at Honeywell in Golden Valley, Minnesota, before retiring in 2015. Today, Daniel Sheflin pursues various hobbies, which include fat tire biking.

Fat tire biking differs in several ways from regular biking, with one of the most prominent being the size of the tires used. In contrast to regular mountain bikes, fat tire bicycle tires are over 2 inches thick. Thicker tires allow riders to more easily navigate difficult terrains such as snow and sand.

The sport of fat tire biking has become increasingly popular in recent years. The annual Fat Tire Festival in Fruita, Colorado, highlights fat tire biking. This event, which celebrated its 25th year in 2019, features a variety of related activities and live music throughout a weekend in May. The Fat Tire Festival attracts hobbyists and companies from across the country to enjoy the weekend, as well as to trade gear and advice.

Daniel Sheflin enjoyed a successful career as an engineer and business leader, with positions including general manager of engineering at General Electric and vice president of technology automation control solutions at Honeywell. Since retiring in 2015, Daniel Sheflin has stayed active through competitive cycling. He also enjoys following the Tour de France.

The Tour de France was established in 1903 by Henri Desgrange, a cycling enthusiast who had recently been appointed director-editor of the newspaper L‘Auto. The first staging of the Tour was Desgrange’s attempt to raise interest and sales for the magazine, though the popularity of the inaugural event went on to exceed his wildest expectations. Long distance races were a common means of driving newspaper sales at the time, but none approached the scope of what would become the first staging of the Tour de France.

The five-stage race began in Paris and passed through Lyon, Marseille, Bordeaux, and Nantes before circling back to Paris. Between 60 and 80 cyclists entered the race after Desgrange lowered admission fees and increased prizes, though only 21 remained by the end of the grueling race’s fourth stage. Maurice Garin became the Tour’s first winner, and in dominant fashion. He outpaced the last rider by nearly 65 hours.

The first Tour de France was an unqualified success as it doubled publication numbers for L’Auto. In recognition of the passionate fan response, Desgrange agreed to host a second tour in 1904, which he expected to be the last. However, the popularity of the race only continued to grow.

Daniel Sheflin is an experienced engineer and business leader who spent nearly 14 years with Honeywell in Golden Valley, Minnesota, as vice president of technology automation control solutions before retiring in 2015. Daniel Sheflin is a fan of professional football and enjoys supporting the Minnesota Vikings.

The Vikings joined the National Football League (NFL) in 1961 and have played in four Super Bowls. The franchise enjoyed its most successful season in 1998, when it won 15 games and advanced to the NFC Conference Finals. The Vikings opened the season on a seven-game winning streak. Its offense, which was led by quarterback Randall Cunningham and running back Robert Smith, scored a league-leading average of 34.8 points per game. Its offense also featured rookie wide receiver Randy Moss, who caught 69 catches for 1,313 yards and 17 touchdowns.

Following a narrow three point defeat to the Tampa Bay Buccaneers in Week 9, Minnesota closed the regular season on an eight-game winning streak, which included a 50-10 win over the Jacksonville Jaguars. With 15 regular season wins and a single three point loss, the Vikings rival the 2007 New England Patriots, which went 16-0, as one of the greatest regular season teams since the season was expanded to 16 games.

The Vikings carried its high-powered offense into the post-season and defeated the Arizona Cardinals by a score of 41-21. In the NFC Conference Finals, however, Minnesota suffered another nail-biting loss, falling 30-27 to the Atlanta Falcons in overtime.

Daniel Sheflin is an accomplished engineer and business leader who spent 14 years as vice president of technology automation control solutions at Honeywell in Golden Valley, Minnesota, prior to his retirement in 2015. Daniel Sheflin enjoys staying active by exercising and cycling.

There are various aspects of cycling etiquette individuals must remember when sharing the road with other riders, pedestrians, and motorists, particularly when riding as part of a group. Large cycling groups cannot function without the proper use of hand signals, especially when it comes to pointing out obstacles and debris in the road to other riders. Potholes and open car doors are some of the most common obstacles encountered while riding in the city, while loose sand or gravel on the road also represent potential safety hazards.

Bike control is another key aspect of group riding. Cyclists should be smooth with their turns, stops, and accelerations, even if it means riding over minor holes that would be easily avoided during a solo ride. Groups should never leave behind slow riders, particularly if a cyclist has suffered an injury or has an issue with their bike. That said, it is considered an important element of cycling etiquette to never go out with a group riding at a higher skill level.

Additional elements of riding etiquette can be attributed to common sense and courtesy. Littering, for example, is frowned upon on the cycling path, as is the failure to observe stoplights and other traffic signs.

A leader in the wireless and automation technology industry, Daniel Sheflin most recently served as the vice president of automation control solutions at Honeywell in Minnesota. Now retired, Daniel Sheflin fills his time with various hobbies, such as biking on the beach. He is particularly fond of fat biking and is very attentive to bike maintenance after each ride.

Regardless of whether you enjoy riding a beach cruiser or fat bike along the shoreline, you must follow good maintenance to keep your bike in good shape. To do this, always inspect your bike before every ride. This pre-ride inspection should include checking the tire air, brakes, and chain to ensure you are safe.

You should also clean your bike after every ride on the beach. When doing this, begin with the bike frame. This is usually the easiest component to clean since all you need is some soapy water and a gentle brush. From the top down, gently scrub every part of your bike, including the handlebars, top tube, front fork, and brakes.

After you complete a basic rinse of your bike, return to the chain for a deeper clean. If there is no grime on the chain, add a few drops of lubrication after each ride. This lubricant keeps sand from accumulating on the chain and reduces the rate of chain wear. However, you should wipe off excess lubricant since it can cause more damage if left behind. When the chain does have grime on it, use a degreaser and rag to remove the build-up and add lubrication afterwards.